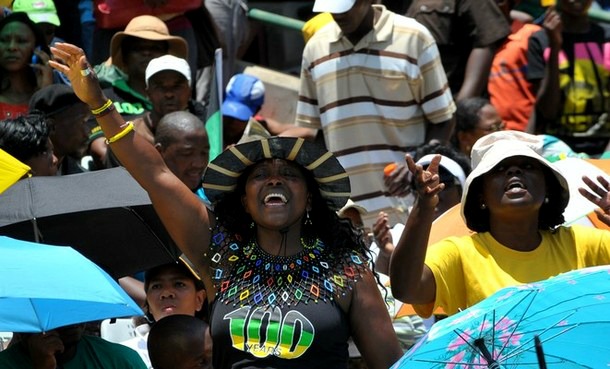 As racism and oppression against Black Africans gained momentum in the newly established Union of South African, Pixley ka Isaka Seme a visionary leader in 1911 appeal to all non- European ethnic groups in South Africa to unite together. Pixley ka Isaka Seme rallying words – “Forget all the past differences among Africans and unite in one national organisation” led to the formation of the African based liberation organization named South African Native National Congress (SANNC) at Waaihoek Wesleyanchuch on 8 January 1912. The first elected president of the newly formed organization was John Dube and with company of many intellectuals including Sol Plaatje, an author and a poet the fight against racism and oppression took a more focused dimension.

South African Native National Congress (SANNC) was later renamed African National Congress (ANC) in 1923. With promulgation of Apartheid system of government, African lands and Rights as citizens were taken away. The
struggle for gaining of full rights of South African citizenship was not an easy struggle and there were many lows and highs encountered by ANC. But one of the greatest achievements of ANC was internationalization of the struggle that made the civilized world to come together and to reject apartheid government of South Africa. It was not an innocent and bloodless struggle for many lives were lost, properties destroyed and the innocence of a nation was lost forever.

There were many low points during the struggle for liberation by South African majority including the jailing of Nelson Mandela and many of his comrades for treason. Another blow to ANC was the exiles of many of its top notched leaders but it became a diplomatic breakthrough for ANC for the exiles were campaigning for liberation in the foreign lands including Oliver Tambo and Thabo Mbeki who later became the president of liberated South Africa after Nelson Mandela’s tenure.

Among the lowest points in the struggle was 1960 Sharpeville massacre of young people and this buttressed to the world how ruthless and cold the system was. Karen Allen of BBC news recalled the massacre with this chilling description: “Thousands of protesters had gathered in Sharpeville, just south of Johannesburg, to protest at the use of the infamous passbooks, or “dompas”, that every black South African was expected to carry and produce on demand. It governed a person’s movement, was a tool of harassment and was one of the most hated symbols of the apartheid state. Sixty-nine men, women and children were gunned down on that day, killed when police officers opened fire on the crowd. The police station – where they had gathered – is now a memorial to the dead.”

The highpoint of ANC struggle was the unbanning of ANC and the release of political prisoners including Nelson Mandela, Walter Sisulu and many others from the famous Robben Island prison. The climax of the ANC struggle was the releasing of Mandela and his subsequent election as the first Black president of non-racial South Africa in May of 1994 after spending 27 years in prison. The ANC as a political party and liberation organization deserved the greatest praise and acknowledgement for the defeat of apartheid South African government and its management of victory. To the credit and maturity of ANC victory became the universal freedom for both the oppressed and oppressor, white and black, poor and rich.

There were also unsung heroes, men and women of goodwill all over the world that never sleep nor stop fighting until the evil apartheid was declared death and irreversible. It was truly a collective effort of the good people of the world that refused to be quiet that eventually brought about the collapse and eradication of apartheid.